Vedantu is a knowledge network where any student can tap into a teacher directly, and learning can happen in a personalized way, anytime-anywhere. Even their name ‘Vedantu’ bears testimony to their purpose. Veda = ‘Knowledge’ and Tantu= ‘Network’.
USE CASE SERVICED
Call center solutions
Business SMS

Vendatu’s is an example enough to disprove this short-sighted observation of teachers and the value they bring. Started by four classmates from IIT, Vedantu is not something that happened by chance. And neither is it their first effort at educating students.

Anand, Saurabh, Pulkit & Vamsi wanted to start something together after they passed out of college. And what better place to start an educational institute than a small village in Punjab where no other facilities existed. They, very aptly, called it, Lakshya.

Lakshya was successful in bringing education to students where they need it the most. In 7 years, they were able to scale Lakshya to 4 locations with 60 teachers and cater to over 3000 students. Even at that scale, they realized, they were only able to bring a change a tiny section of students. When they decided to re-evaluate their approach to bringing Lakshya to a larger audience, the answer was simple – technology.

This led to the birth of Vedantu.

We spoke to Suresh Lakshmanan, CTO of Vedantu about the platform they’re building and the changes they’re bringing out the in the field of education.

With exploding classroom sizes, it has become impossible for teachers to keep track of every student and their understand in the classroom.

The current educational system of one size fits all does not work for students. Children have different learning speeds and capabilities. And Vedantu is a way for them to learn and understand concepts at a pace that they’re comfortable in.
Suresh Lakshmanan
CTO, Vedantu

While studying online at their pace is helpful for the students, what Vedantu has done is empowered teachers with the right tools to teach online. It has also become an avenue of steady income for them. Teachers on their platform earn upwards of Rs. 80,000 a month. Because this being in addition to a day job, it has become a sustainable employment model for teachers as well.Vedantu aims to build a community of vibrant and able teachers who can cater to the students’ needs.
The Live Classroom Experience
Vedantu’s USP is the live classroom experience. They connect students and teachers during a session. During this session, the student and the teacher can communicate via audio, video and if necessary, phone calls as well. Their proprietary technology called “Whiteboard” is what makes these sessions real and life-like.
Measuring the Effectiveness of the Session
At the end of the session, they analyse the whiteboard session and the audio recording to understand the efficiency of the interaction. They analyse metrics like duration of the conversation, the number of questions asked, student engagement, the pace of teaching, etc. This is called the “Effectiveness Quotient.” This data is then shared with the teacher to improve the teaching methods employed.

The Role of Exotel

Exotel Steps in When the Internet Fails

During a session, if the student or the teacher have connectivity issues, the audio quality will be too weak to continue teaching over the web. In the case of such of an event, the session continues over a call that is routed via Exotel.

Our whiteboard session can function even on a very low bandwidth. So, in the case of a poor internet connection, the student can connect with the teacher over a phone call (a simple click-to-call mechanism). So, the session carries on unhindered.
Suresh Lakshmanan
CTO, Vedantu

According to Vedantu, 1 in 10 sessions run into internet issues. And because of Exotel, they have a seamless fallback option.

Any prolonged break in the session will destroy the flow of learning and therefore, it is crucial to have this (Exotel calls) fallback option.

Not only is Vedantu able to connect the student and the teacher over a call in the case of a bad internet connect, but they are also able to do so without compromising on their privacy.

Vedantu uses Exotel’s Number Anonymisation feature to ensure that students and teachers can speak over the phone without knowing the other person’s phone number.

Student & Teacher Support Calls
Vedantu has a support number that both students and teachers can call in case they run into any problems. These calls are handled via Exotel. Since both the students and the teachers are the most important stakeholders in their business, their calls need to be addressed in a timely and professional manner and Exotel helps them do just that.
SMS to Keep the Students Updated
Vedantu sends SMSes to their students and teachers to keep them informed about upcoming sessions to ensure they don’t miss it. They also send them SMSes about offers or promotions they may have running.

Cloud telephony has become the norm for startups these days. And Exotel is one of the best players around. And Exotel has certainly helped us enhance our user experience.
Suresh Lakshmanan
CTO, Vedantu 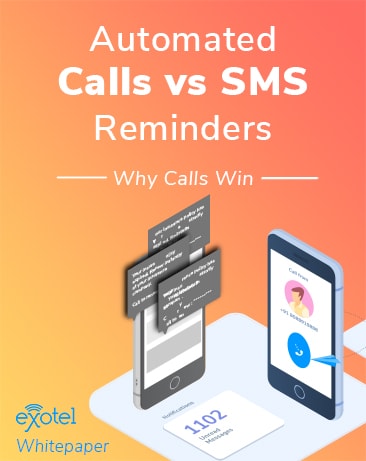 Millennials might prefer SMS over calls, but statistics prove that when it comes to reminders, calls reigns supreme. A reminder SMS is bound to get lost in our inbox that is already swamped with text messages. This white paper helps understand the unique ways in which automated calls can be used for reminders.
Download Whitepapers 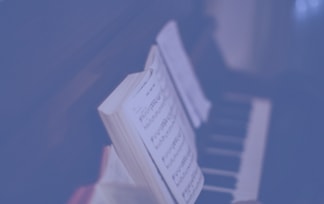 Find out how Exotel can work for you. Set up a call.

We are India & SE Asia's leading cloud telephony & communications operator. Let us show you how! 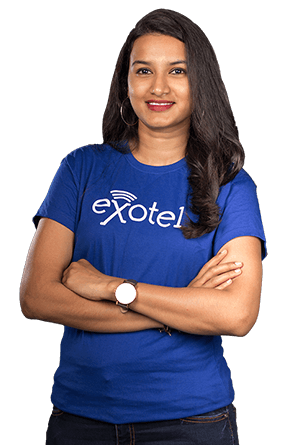